Students will choose a European country and prepare an oral presentation about its culture and civilization. The presentation should last around 20 minutes and some of the following fields could be covered: Background, history (5 meaningful events only), geography, languages, sociological overview, education, religion, economy, politics, the Media, cultural conflicts, cultural products (Literature, Cinema, Art). Special emphasis should be placed on cultural conflicts and on each student’s field of expertise (preferably his University Major).You need to choose a country and a date as soon as possible and then you have to attend one of the Wednesday tutorials to let me know about your ideas about the presentation.


How to give a presentation in English: https://www.youtube.com/watch?v=fXVoT7VMCpM

5 steps to a killer opener: https://www.youtube.com/watch?v=dEDcc0aCjaA

After delivering your presentation in class, you have to upload it on the internet and send a link as a comment to this post (as in the models).

Students are expected to read the articles provided by the teacher in paper format, present some of them in class (when scheduled) and hand in 10 article reviews (8 from the list and 2 from the blog: 30 % of the final mark).

The final paper should be 5-10 pages long (2,000-4,000 words) and should involve some research as well as personal opinions. Don't forget to quote your sources and include a bibliography.You will find useful articles and book extracts in the set of photocopies as well as in the blog.


The topic of the final paper is "What is then a European?"in response to J. Hector St. John de Crevecoeur's definition of Americans: “What is then the American, this new man? He is either a European or the descendant of a European, hence that strange mixture of blood, which you will find in no other country… He is an American, who, leaving behind him all his ancient prejudices and manners, receives new ones from the new mode of life he has embraced, the new government he obeys, and the new rank he holds. He becomes an American by being received in the broad lap of our great Alma Mater. Here individuals of all nations are melted into a new race of men, whose labors and posterity will one day cause great changes in the world … The American is a new man, who acts upon new principles; he must therefore entertain new ideas, and form new opinions.
(J. HECTOR ST. JOHN DE CRÈVECOEUR Letters from an American Farmer, 1782)

American history and character have been fundamentally shaped by three important myths:

· The American Dream: the belief that their country offers the best opportunities for a good and successful life. A dream of freedom and opportunities. Anybody can get rich, anybody can become president. But there are some American nightmares, as many writers and film directors keep pointing out ...
· The Melting Pot: a phrase used to describe the as a country in which people from many different races and cultures are ‘melted’ together to form the American people.
· The Manifest Destiny, as we have already mentioned, is a phrase coined in the late 19th century to justify the right of the US to own and occupy land across the continent to the Pacific Ocean, buying or stealing land from Europeans, Indians, Mexicans (California, Texas,...) or Spaniards (the Philippines, Puerto Rico, Cuba). This idea is linked to the concept of the frontier (the border between settlements and wilderness), which has had a tremendous influence in the American psyche as shown in American popular culture (westerns).
These three myths are still alive in many ways and their effects can be seen in aspects such as the way the economy is handled (an extension of the concepts inherent to the American Dream), the problems with immigration and the ‘English Only’ movement (the Melting Pot), North-American foreign policy in Latin America (the Manifest Destiny), individualism, love of guns, the permanent conflict between nature and civilization or even the space race (the frontier).

Adapting these ideas to the European context, you can try to answer the following questions:
- What is then a European? is there such a thing as a European identity? How is it created? (You may think of the European Union and the monetary union, but also of the Council of Europe and other identity-forming elements like the Erasmus program, the Schengen agreement, the Cultural Capital of Europe, or even UEFA and the Eurovision song contest)
- What are the different European dimensions or ways to understand Europe? Think about Geography, History, Languages, Religion, Politics, Foreign Policy, Economy, Human Rights, etc.
- Is there a European Dream? What is it made of? Is it similar to the American Dream? Is there a social dimension vs. the more individualistic American dream?
- Is there a European Melting Pot? Should there be one? Is European diversity an asset or a curse? How should Europe deal with immigration (both from inside Europe and from outside Europe)?
- Is there a European Manifest Destiny? Was there one (in the 19th century colonialization period, for example)? How should Europe expand its influence outside its borders (think, for example, of democracy, human rights, prosperity, protection of the environment, the destruction of borders as a recipe for peace, the so-called social market...)?

Ideas for the final paper

"As the most anticipated event of the 2016 calendar draws ever nearer, tensions are running high: people up and down the country are considering and re-considering their position, reflecting on our national identity, the intricacies of an aged voting system, our relationship with our European neighbours, and the result’s knock-on effect on the European referendum. Sorry – you thought I meant the European referendum? No, I’m talking about the 61st Eurovision Song Contest."
Siobhan Palmer (28 APRIL 2016) 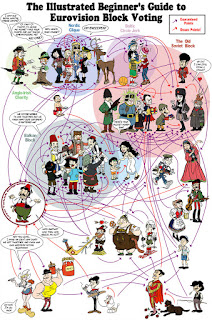 The Balkans and Europe (and Chinese influence) 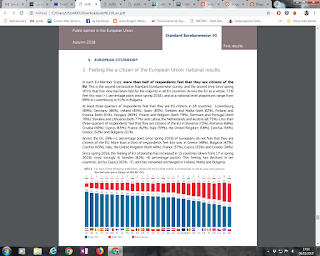 UK and the European Union

Brexit: All you need to know about the UK leaving the EU (BBC)


Spain – A great place to live, a terrible place to work?

How to Be Spanish (The Times)

THE APPEAL OF 9 MAY: A Roadmap for a New European Renaissance

How to be Spanish (Chris Haslam January 21 2018,The Sunday Times) 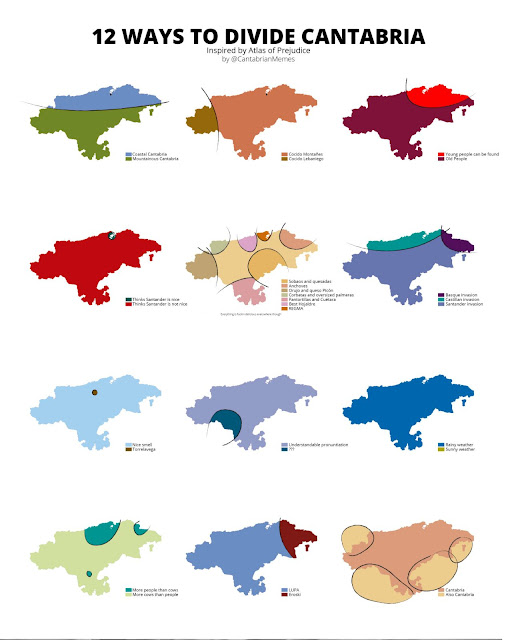 Who drinks the most?

Links about the American Dream 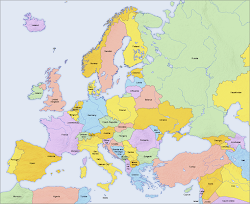